The name of the capital city was first mentioned in the IV century. “Tbilisi” is translated from Georgian as “warm spring”, since the city was founded on the site of the warm sulfur springs. In the south-eastern part of the city is the heart of the capital – the old town with narrow streets, preserved the features of the medieval building. In the center of the city are the remains of the fortress Narikala, so here you can see the stone church Anchiskhati, Metekhi Church, Sioni Cathedral and Sameba. Modern Tbilisi districts have a more European look, beautiful high-rise buildings, avenues, recreation parks, boulevards, squares. a large number of landmarks in Tbilisi – mainly XVII – XIX centuries. The main tourist areas are the central districts Abanotubani, Avlabari, Old Town and the Rustaveli Avenue.

In the field of architecture particularly noteworthy Cathedral of the Holy Trinity, Narikala fortress on the banks of the river Mtkvari, and Metekhi Church. In the VI century it was built the oldest Cathedral in Tbilisi – Anchiskhati, and in the XVI century – Church Dzhvarismama. Another cathedral – Zemo Betlemi (Christmas) – built in the XVIII century, as well as several other buildings in the historic center.

You can spend many unforgettable hours of walking along the charming streets of the old town and discovering its most hidden corners, visit the grand open-air museum or admire the wonderful panorama of the city, climb the wall of an ancient fortress Narikala.Tbilisi able to adjust to the poetic mood, here and Russian writers, poets sang of Tbilisi (Tiflis) in his works: Lermontov “Mtsyri”, “Makar Chudra” Bitter, “Childhood” Tolstoy, “Woe from Wit” Griboyedov and many other immortal masterpieces of Russian literature were written in Tbilisi. 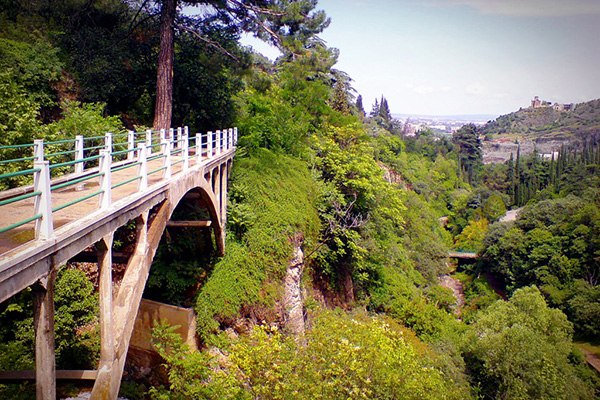 Located in the historic center of Tbilisi, it founded this natural park was in the XIX century, south of Sololaki Mountain Range.

Historically, one of the main churches of Tbilisi. Sioni Cathedral is named after the eponymous Palestinian mountains. Consecrated the Cathedral of the Assumption of the Blessed Virgin. 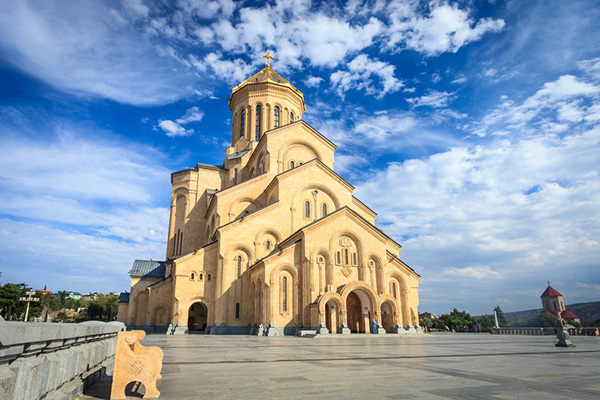 Holy Trinity Cathedral in Tbilisi - the main cathedral of the Georgian Orthodox Church; It located in Tbilisi, on the hill of St. Elijah (left bank of the Kura). 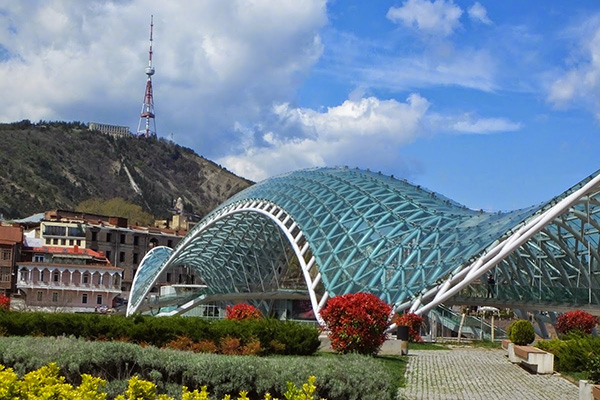 Park Rica is located on the banks of the Kura River. It was built - in 2010, and quickly became popular among the Tbilisi residents and visitors. 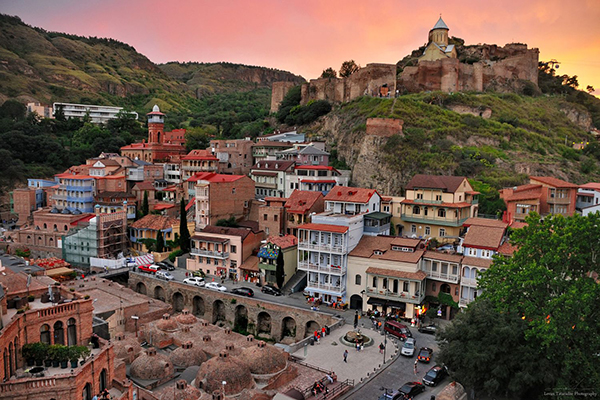 Castle complex in Old Tbilisi. Narikala is actually the founding of the city (about IV century BC) and was called Shuris-Ciche. 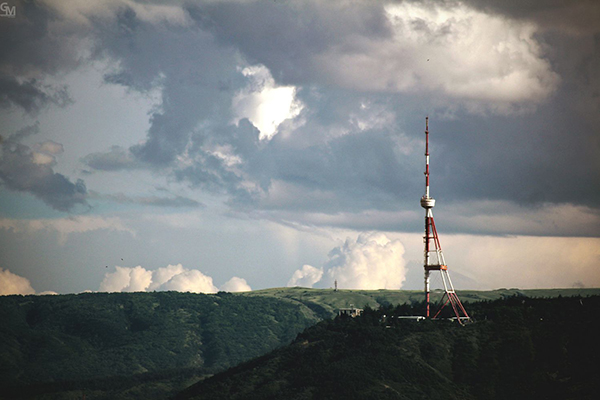 Mount Mtatsminda (Mount David), named in honor of the Apostle David Gareji, who lived in one of the caves of the mountains. 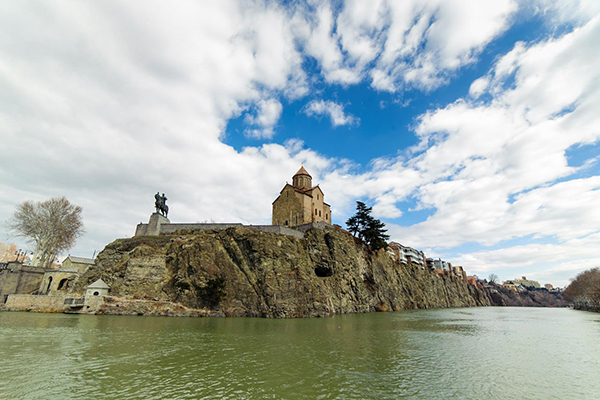 Historic district of Tbilisi on a high cliff above the Mtkvari. 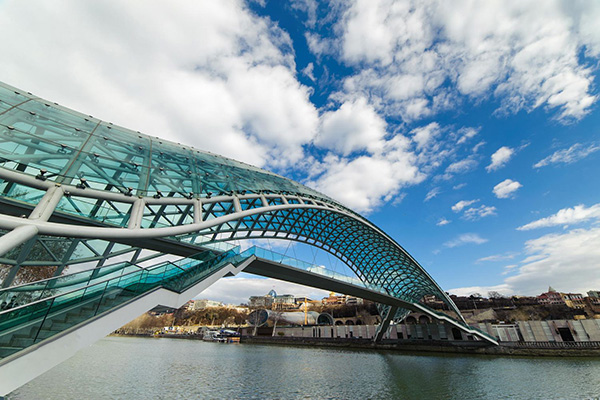 Bridge of Peace for pedestrians across the river Mtkvari 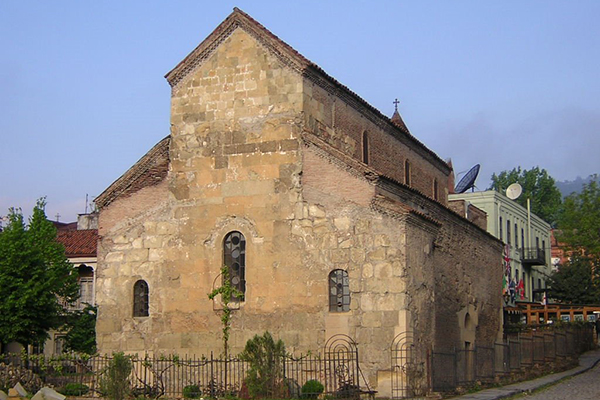 Anchiskhati- Church of the Nativity of the Virgin Mary, the oldest surviving church in Tbilisi. 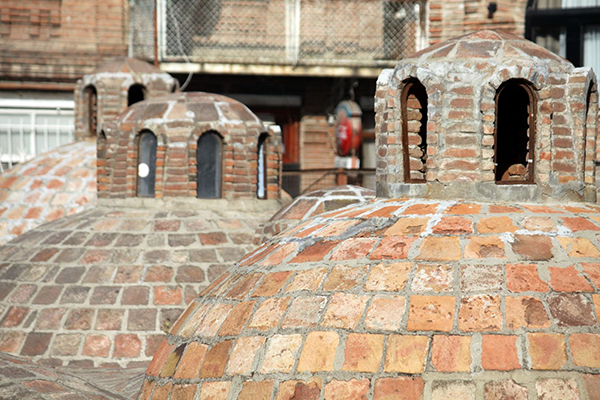 Quarter to the bath complex in the center of Tbilisi, standing on the natural sulfur springs. Built in the XVII-XIX centuries.